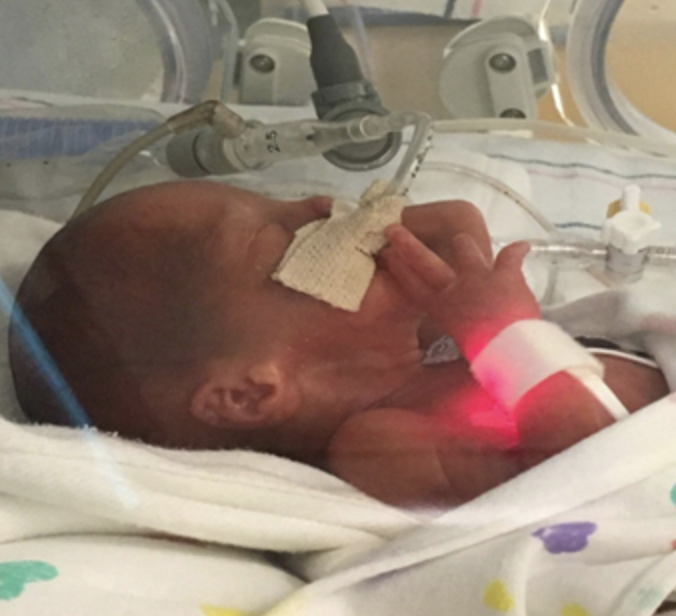 In 2006, Eric Benner thought he knew where his life was headed. He had completed an MD, a PhD in neurosciences, and was all set to start a neurology residency, studying Parkinson’s disease. But everything changed abruptly when his children, twins, were born prematurely at 28 weeks—thankfully, without significant complications.

“That’s how I was introduced to neonatology,” he said. “It got me excited and I diverted my whole career, switching from neurology to pediatrics and neonatology.”

Inspired by what he had learned about the prevalence of brain injuries in premature infants, Benner thought he would tackle the problem directly, developing therapeutics specifically designed for the neonatal context. But when he arrived at Duke in 2009 to do his neonatology fellowship, a faculty member inadvertently threw cold water on the plan.

“They told me, ‘You realize novel drug development in babies is rare, right? After ten years, if it’s safe in adults, maybe the field will consider using it in babies.’ That night I went home and thought, ‘I may have seriously complicated my research career.’”

But today, Benner is Assistant Professor of Pediatrics in the Duke School of Medicine, and leads a lab that is exploring novel compounds for treating—and reversing—perinatal brain injuries. So what happened? Like so many stories of innovation, it has been a mix of dogged research, creative thinking, and sheer good fortune.

A longshot hits its mark

If testing new drugs in babies was extremely unlikely due to safety and ethics concerns, Benner knew he had to find a different solution. An infant’s developing brain responds very differently from an adult brain, so he felt it was unlikely that the answer to perinatal brain injuries would be found by working with older patients. Instead, he started looking at compounds that are approved for use in children, and hit on an obvious one: breastmilk.

“I wondered, is there something in breastmilk that we could use to mitigate the effects of a brain injury?” he said.

He read widely on the compounds that occur naturally in breastmilk and came across oxysterols, which he knew played a part in activating the “Sonic Hedgehog pathway,” a key transmitter of information during white matter development. It was a longshot, but could stem cells, when exposed to oxysterols, perhaps limit the white matter damage seen in perinatal brain injury, or even reverse it?

Amazingly, after five years of painstaking research to understand the molecular mechanisms involved, the answer may be yes. Benner’s team has shown that they can successfully reverse brain injuries in mice by using oxysterols to stimulate the regrowth of myelinating cells in the brain’s white matter.

He can’t help but laugh at this stroke of luck. “How often do you have an idea like that, and it actually works?”

Testing in animals, with an eye on humans

Now, as they progress toward testing in larger animals, Benner’s team is tackling two branching problems: how to deliver the drug, and at what formulation and dosage.

“The babies that have sustained a brain injury are often some of the sickest babies in our unit, and they’re not eating at all,” Benner says. “We need a way to deliver the drug to a baby who can’t eat anything.”

They plan to administer the drug intravenously, since the babies are already receiving their nutrition that way. But there’s a catch: the compound is hydrophobic, meaning it won’t go into solution and can’t simply be mixed with saline and injected. Instead, it must be dissolved into a fat emulsion (called intralipid) that the babies are already getting, but without destabilizing the lipid itself.

“We have to look not only at how we can get the drug into the intralipid, but how stable is it, and how does it impact the intralipid itself?” Benner says.

The Duke CTSI Translational Accelerator funding award is giving his team the time and resources to find those answers.

At the same time, they are working to model the pharmacokinetics of the drug, so that they can achieve an effective dose.

“At this point, we know the proper dosage for mice,” he says. “We can treat them for five days and reverse the brain injury. We want to use the mouse model to inform the dosing strategy in a large animal model.”

That large animal model—in this case, a piglet—is the next step toward the ultimate goal, FDA approval for a clinical trial in humans. Before that happens, the team will strive to perfect their delivery method, find the optimal dosage, and rigorously screen for toxicity and adverse effects.

If all goes well, then Benner’s massive career gamble will have paid off, but more importantly, the potential exists to radically improve the life prospects of infants with brain injuries.

This project has received funding and support from Duke CTSI Accelerator, through NIH CTSA award UL1TR002553.